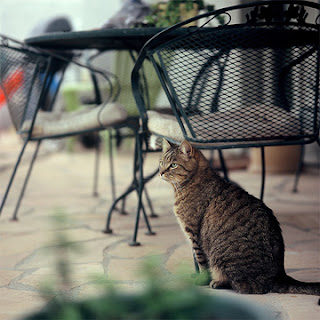 Animal hoarding has been defined as a compulsive need to own animals and results in extremely bizarre behavior. Although there are plenty of dog hoarders, people who hoard cats are far more common and we have all heard the story of ‘the crazy cat lady’. Studies suggest that 80% of cat owners are female which probably explains why most cat hoarders seem to be women. There are an estimated 3,500 cases of animal hoarding each year and 250,000 animals that are victims of this practice. However, this is probably just the tip of the iceberg as huge numbers of cases go unreported according to experts.

Why Do People Hoard Cats?

Psychologists believe that this behavior is triggered by a significant event in a person’s life such as a relationship break up or economic stress. In many cases, the cat hoarder lacks the ability to provide a level of care, shelter and safety that would be considered basic by the standards of a professional center. Hoarders by their very nature constantly deny their inability to take care of the cats and ignore their squalid living conditions.

The town of Wellington, Kansas has issued a law which states that no household is allowed to own more than four cats. There are plenty of places around the world which could do with a similar law judging by these stories!
In Arizona, Lucienne Touboul was arrested for cruelty to animals when authorities found 64 cats in her home. In 2010, she was also arrested for cruelty; on that occasion, she was found with 9 cats in her freezer which she admitted were going to be used in a stew.
Nina Kostsovo is a native of Siberia and cheerfully lives with 130 cats in a small 2 bedroom apartment. She first started hoarding cats 20 years ago and explains that she feels sorry for the stray cats so she takes them in. At least she had the sense to castrate the male cats to ensure there were no youthful additions.
However, the queen of the cat hoarders is Ruth Knueven of Virginia who was found with an incredible 488 cats in her home. No one knows how she could possibly feed all of them and can only imagine what the house looked like. Fortunately, the authorities found out and intervened in 2005.  It is said that they found over 150 deceased cats in conditions which could only be described as ‘extraordinary’.
Hopefully, you understand that people who hoard cats are not doing anyone a favor. They are incapable of providing the felines with the care and attention they need and the result is horrible living conditions for these unfortunate animals and those who purport to protect them.