Physiotherapy For Animals: What Does It Involve? 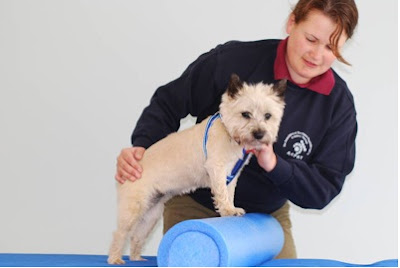 Many of you may have already stumbled across the uplifting tale of Wonky the Dog. The puppy, who was sadly abandoned by her owners and dumped on the street, has recently been in the news because she has learned how to walk on her own four paws despite suffering with a chronic joint condition known as ‘knuckling’ from birth. The neglect she suffered in her early years caused this condition to worsen over time, but, with a little help from the team at the Dogs Trust in Leeds, she now lives an almost-normal life, despite her under-developed limbs. It’s a story that’s tugged at the heart strings of millions across the UK and prompted over 600 people to call the centre and offer Wonky a loving new home.


But how did the veterinarians at the Dogs Trust manage to straighten out the pup’s legs? New-age medicines? A specialist diet? No, and, although it may have been a contributory factor, no. You may be surprised to learn that those looking after Wonky have been giving her an intensive course of physiotherapy to help rehabilitate her as she prepares to move in with a new owner. Clearly physio is effective for animals suffering from an incurable health condition, but what does it actually involve?

Physiotherapy treatments for animals are similar to those used to rehabilitate humans. Specialists will commonly use the following techniques to address a wide range of conditions:


When Should An Animal Receive Physiotherapy?

Almost any animal could benefit from physiotherapy treatments if he or she is:
Animal physiotherapists can exercise preventative physiotherapy techniques to address recurring problems and can also manage performance difficulties in athletic animals.

How Do I Move Into A Career As An Animal Physiotherapist?

Establishing a career as an animal physiotherapist is physically demanding but extremely rewarding. If you’re already working as a qualified physiotherapist, you’ll normally be able to move into a career with animals by simply completing a qualification. This is because many conventional human physio practices are transferable. Existing veterinary surgeons and nurses will also be able to take a course to develop their skills in this field if they wish, and there are now also plenty of courses for those who are not already qualified but have previous experience of working with animals. Compare what’s on offer from various universities to find a course that suits your level of knowledge and experience.

Evelyn Jacobs often writes fun and informative physio articles on behalf of the team at Stretch, a clinic which offers physiotherapy in Chelmsford for the benefit of patients suffering from injuries or health complaints.