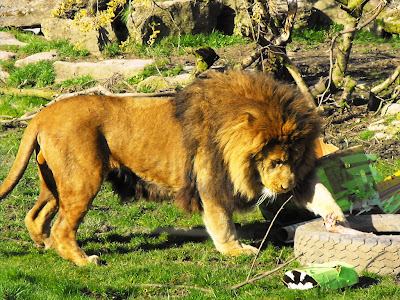 We should consider ourselves fortunate that there are only a small number of deadly cats that exist in the modern era. 25 million years ago, there were a remarkably large and diverse group of felid predators roaming the Earth. The existing cat groups are different in terms of behavior, appearance and size but they are all potentially deadly. Below, we quickly review the top 5 most deadly felid creatures.

Tigers are the biggest and baddest cat of them all. Bengal and Siberian tigers are the largest species and can weigh over 650 pounds. The largest ever recorded was a 930 pound Siberian tiger that was in captivity! Other tiger species include Malayan, Sumatran, Indochinese and South China. Sadly, tiger numbers are dwindling at a record rate and several species have been made extinct in the last 100 years.
These are the top 5 largest and most deadly cats in the world. We see our domestic cats as docile and harmless creatures but bear in mind that they come from a large, fast and very deadly family!

Although it is known as ‘the King of the Jungle’, lions are only the second biggest cat. The nature of their lives means that wild lions seldom live beyond 14 years in the wild with the largest lions weighing in at a frightening 550 pounds. Lions are known for being nocturnal creatures and there are 12 distinct subspecies of lion which are distinguishable by size, distribution and mane.

This is the only Panthera species that exists in the Americas but aside from a population in Arizona, Jaguars no longer live in the United States. This cat is known for biting through the skulls of prey using its powerful jaw. While most Jaguars weigh in the 130-200 pound range, there have been reports of massive cats weighing an incredible 350 pounds! Wild Jaguars can defeat prey weighing up to 660 pounds.

Leopards are the smallest of the four ‘big cats’ with the biggest males tipping the scales at 200 pounds but they possess powerful jaw muscles and huge skulls which allows them to kill much larger prey. Add in its immense ability for stealth and a top speed of over 35mph and you have an efficient and lethal predator.

Unless you frequent the mountains of southern and central Asia, you’re not likely to see this cat in the wild which is just as well! They tend to live at altitudes above 10,000 feet and are an endangered species with approximately 5,000-6,000 left. Snow Leopards are not that large with the biggest males weighing in at 165 pounds but they are extraordinarily fast and fleet of foot as they traverse the snowy mountains looking for prey.