How Dogs Can Make You Healthy and Happy?

Having a dog teaches us patience, commitment and selflessness. Caring for a dog takes a lot of responsibility and commitment, and it also teaches us to be more patient and less selfish.
You also learn to be less focused on yourself as pets can sometimes test the patience of even the most tolerant people.
Numerous studies have shown that owning a dog benefits a person’s physical and mental well-being. So check them out and then go hug your pup for making your life so much better.


Dogs offer us so much. They are a means of protection, and a vessel of companionship. We often show our gratitude simplistically, providing food and shelter, but sometimes an opportunity arises where we can pay our debt to them. That is why we encourage rescue dogs over store-bought dogs or puppy mills. 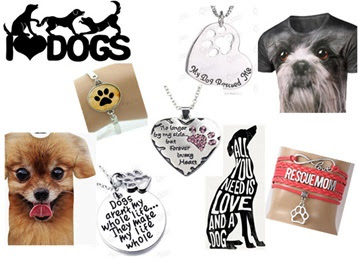 Health Benefits of Growing Up with Dogs

Just so much to love about older dogs!

They are simply open books—from the start, you know important things like their full-grown size, personality and grooming requirements. All this information makes it easier to pick the right dog and forge that instant love connection that will last a lifetime.

Just looking at your dog will make you feel happier.

A 2009 study by Miho Nagasawa of Azabu University in Japan found that one’s level of oxytocin (the neurohormone that elicits feelings of happiness) raised intensely after interacting with their dogs. And the only interaction they needed was to stare into their dog’s eyes. Those who looked longer into their dog’s eyes had the bigger dose of oxytocin. Fun fact: A dog’s willingness to meet eyes with humans is one of the things that separates them from wolves.

They help us recover psychologically from a crisis.

Dogs have been proven to help the recovery process of soldiers going through post-traumatic stress disorder. One army veteran, Robert Soliz, a former army specialist who served in Baghdad, found that engaging with dogs in a program called “Paws for Purple Hearts” helped him get his life back to the way it was before he left for war. When he returned, Soliz was so traumatized that he couldn’t show any affection and struggled to even hug his kids. After spending six weeks with a golden retriever, Soliz began to feel more comfortable with his family.

Dogs can strengthen the bonds between humans and make you happier.

A recent study at the Cummings School of Veterinary Medicine at Tufts University found that people who have strong connections to their pets also have social and relationship benefits. The researchers surveyed 500 18- to 26-year-olds and found that those who had “strong attachment to pets reported feeling more connected to their communities and relationships.” They also found that the more attached a person was to an animal as a teenager and young adult, the more empathetic and confident he or she was.

Rescue Mutts Store is an accessory, fashion, and dog toy store that is stocked with tons of fun stuff for dog lovers everywhere, especially the ones who rescue dogs and give mutts a loving home. Free Shipping Worldwide.